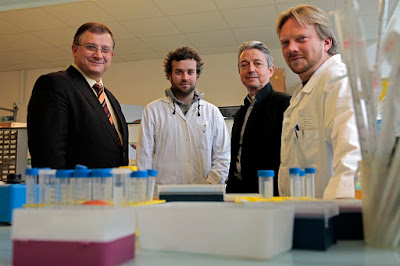 Was French Prof. Gilles-Eric Séralini correct when he discovered that scientific feeding experiments past 90 days with GMO food and rats can cause serious health problems including tumors?
The answer to that question has been debated ever since the initial publication of his study, culminating in a republication of the study in another peer-reviewed journal that wasn’t nearly as well covered as the initial retraction was by the mainstream media.
Now, Prof. Séralini is in the news again – this time for winning a major court victory in a libel trial that represents the second court victory for Séralini and his team in less than a month.
On November 25, the High Court in Paris indicted Marc Fallous, the former chairman of France’s Biomolecular Engineering Commission, for “forgery” and the “use of forgery.”
The details of the case have not been officially released.
But according to this article from the Séralini website, Fallous used or copied the signature of a scientist whose name was used, without his agreement, to argue that Séralini and his co-workers were wrong in their studies on Monsanto products, including GM corn. A sentencing for Fallous is expected in June 2016. 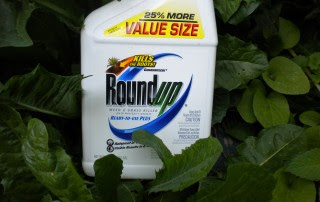 Glyphosate is not the only issue with Roundup
Second Court Victory ReachedThis was the second such court victory for the professor’s team, following a November 6 victory in a defamation lawsuit over an article in the French Marianne magazine which categorized the Séralini team research as “scientific fraud (you can read more about the case here).”
What few people realize about the original Séralini study on GMOs is that it was only retracted after a serious PR offensive from Monsanto and the Biotech industry, one that included the creation of a whole new position on the original Food and Toxicology journal: Associate Editor for Biotechnology.


The new position was actually filled by a former Monsanto employee who helped convince the journal’s author to retract the study.Now more than 2 years later, these are the facts: Séralini and his team’s original study has been republished in a different peer-reviewed journal, Environmental Sciences Europe; they have won two key lawsuits against those who have attempted to ruin their reputations; and a recent peer-reviewed letter even asserted that Séralini and his team may have been right after all on their discovery showing tumors in lab rats fed GMOs.In other words, the jury is still out on GMO safety to say the very least, just as countless independent scientists have warned, and Séralini’s study stands as yet another cause for concern with the ongoing GMO experiment. It also shows the lengths that the Biotech industry will go to in order to discredit any independent science that clashes with their own version of science.For more on Séralini and his studies, check out the team’s website by clicking on this link.Nick Meyer writes for March Against Monsanto and the website AltHealthWorks.com.
http://ameblo.jp/wake-up-japan/entry-12107154359.html

On 25 November 2015, the High Court of Paris indicted Marc Fellous, former chairman of France’s Biomolecular Engineering Commission, for “forgery” and “the use of forgery”, in a libel trial that he lost to Prof Gilles-Eric Séralini. The Biomolecular Engineering Commission has authorised many GM crops for consumption.
The details of the case have not yet been publicly released but a source close to the case told GMWatch that Fellous had used or copied the signature of a scientist without his agreement to argue that Séralini and his co-researchers were wrong in their reassessment of Monsanto studies.

The Séralini team’s re-assessment reported finding signs of toxicity in the raw data from Monsanto’s own rat feeding studies with GM maize.

The sentence against Fellous has not yet been passed and is expected in June 2016.

In September 2012, an article written by Jean-Claude Jaillette in Marianne magazine said that “researchers around the world” had voiced “harsh words” about the research of Séralini and his team on the toxic effects of a GMO and Roundup over a long term period – research that was supported by the independent organisation CRIIGEN. The journalist wrote of a “scientific fraud in which the methodology served to reinforce pre-determined results”.

Séralini, his team, and CRIIGEN challenged this allegation in a defamation lawsuit. They were assisted by the notaries Bernard Dartevelle and Cindy Gay.

On 6 November 2015, after a criminal investigation lasting three years, the 17th Criminal Chamber of the High Court of Paris passed sentence. Marianne magazine and its journalist were fined for public defamation of a public official and public defamation of the researchers and of CRIIGEN, which is chaired by Dr Joel Spiroux de Vendômois.

The trial demonstrated that the original author of the fraud accusation, prior to Marianne, was the American lobbyist Henry I. Miller in Forbes magazine.

Miller had previously lobbied to discredit research linking tobacco to cancer and heart disease on behalf of the tobacco industry. Since then he has tried to do the same in support of GMOs and pesticides, through defamation.

The long-term toxicity study by Séralini’s team was republished after the journal Food and Chemical Toxicology retracted it under pressure from lobbyists. Séralini’s team has just published a summary of the toxic effects of Roundup below regulatory thresholds.

Appeal for funding for CRIIGEN

These court actions have taken up an enormous amount of energy and funds. CRIIGEN cannot survive without public support.

This is why the CRIIGEN team is making a call for donations to support past and future legal cases and independent research: 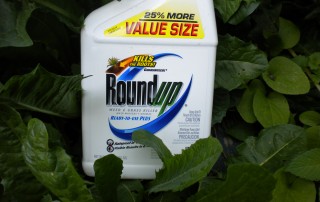 Glyphosate herbicide formulations are far more toxic than glyphosate alone, according to a new scientific review by Prof Gilles-Eric Séralini, published in the Journal of Biological Physics and Chemistry.

The review points out that glyphosate, the claimed “active ingredient” in glyphosate herbicide formulations like Roundup, appears to be the least toxic compound in the formulations.
Unfortunately for public health, they are the only substances tested by companies for regulatory purposes over the long term in vivo. Thus, the acceptable daily intakes deduced from these tests are 1000–10,000 times too high – placing public health at risk.
The paper: Why glyphosate is not the issue with Roundup – A short overview of 30 years of our research
Gilles-Eric Séralini
Journal of Biological Physics and Chemistry 15 (2015)
URL:  http://www.gmoseralini.org/wp-content/uploads/2015/11/Seralini-career-JBPC_2015.pdf Republication of the Séralini study: Science speaks for itself

GMOSeralini.org welcomes the news of the republication of the chronic toxicity study on the glyphosate-based herbicide Roundup and a commercialized genetically modified (GM) maize, Monsanto’s NK603, led by Prof Gilles-Eric Séralini. The republication restores the study to the peer-reviewed literature so that it can be consulted and built upon by other scientists.

The study found severe liver and kidney damage and hormonal disturbances in rats fed the GM maize and low levels of Roundup that are below those permitted in drinking water in the EU. Toxic effects were found from the GM maize tested alone, as well as from Roundup tested alone and together with the maize. Additional unexpected findings were higher rates of large tumours and mortality in most treatment groups.
The study was first published in Food and Chemical Toxicology (FCT) in September 2012[1] but was retracted by the editor-in-chief in November 2013 after a sustained campaign of criticism and defamation by pro-GMO scientists.[2]
Now the study has been republished by Environmental Sciences Europe. The republished version contains extra material addressing criticisms of the original publication. The raw data underlying the study’s findings are also published – unlike the raw data for the industry studies that underlie regulatory approvals of Roundup, which are kept secret. However, the new paper presents the same results as before and the conclusions are unchanged.
The republished study is accompanied by a separate commentary by Prof Séralini’s team describing the lobbying efforts of GMO crop supporters to force the editor of FCT to retract the original publication.
GMOSeralini.org editor Claire Robinson commented: “This study has now successfully passed no less than three rounds of rigorous peer review.
“The first was for the initial publication of the study in Food and Chemical Toxicology. It passed with only minor revisions, according to the authors.[3]
“The second review took months. It involved a non-transparent examination of Prof Séralini’s raw data by a secret panel of unnamed persons organized by the editor-in-chief of FCT, A. Wallace Hayes, in response to criticisms of the study by pro-GMO scientists.[4,5]
“In a letter to Prof Séralini, Hayes admitted that the anonymous reviewers found nothing ‘incorrect’ about the results presented. However, Hayes pointed to what he said was the ‘inconclusive’ nature of some aspects of the paper, namely the tumour and mortality observations, to justify his decision to retract the study.[6]
“The rationale given for the retraction was widely criticized by scientists as an act of censorship and a bow to the interests of the GMO industry.[7,8] Some scientists pointed out that numerous published scientific papers contain inconclusive findings, including Monsanto’s own short (90-day) study on the same GM maize, and have not been retracted.[9] The retraction was even condemned by a former member of the editorial board of FCT.[10]
“Now the study has passed a third peer review arranged by the journal that is republishing the study, Environmental Sciences Europe.[11]
Comments from scientists
Dr Michael Antoniou, a molecular geneticist based in London, commented, “Few studies would survive such intensive scrutiny by fellow scientists. The republication of the study after three expert reviews is a testament to its rigour, as well as to the integrity of the researchers.
“If anyone still doubts the quality of this study, they should simply read the republished paper. The science speaks for itself.
“If even then they refuse to accept the results, they should launch their own research study on these two toxic products that have now been in the human food and animal feed chain for many years.”
Dr Jack A Heinemann, Professor of Molecular Biology and Genetics, University of Canterbury New Zealand, called the republication “an important demonstration of the resilience of the scientific community”. Dr Heinemann continued, “The first publication of these results revealed some of the viciousness that can be unleashed on researchers presenting uncomfortable findings. I applaud Environmental Sciences Europe for submitting the work to yet another round of rigorous blind peer review and then bravely standing by the process and the recommendations of its reviewers, especially after witnessing the events surrounding the first publication.
“This study has arguably prevailed through the most comprehensive and independent review process to which any scientific study on GMOs has ever been subjected.
“The work provides important new knowledge that must be taken into account by the community that evaluates and reports upon the risks of genetically modified organisms, indeed upon all sources of pesticide in our food and feed chains. In time these findings must be verified by repetition or challenged by superior experimentation. In my view, nothing constructive for risk assessment or promotion of GM biotechnology has been achieved by attempting to expunge these data from the public record.”
Notes
1. Seralini GE et al, 2012. RETRACTED: Long term toxicity of a Roundup herbicide and a Roundup-tolerant genetically modified maize. Food Chem Toxicol 50:4221–4231.
2. http://www.spinwatch.org/index.php/issues/science/item/164-smelling-a-corporate-rat
3. http://retractionwatch.com/2014/01/16/journal-editor-defends-retraction-of-gmo-rats-study-while-authors-reveal-some-of-papers-history/
4. www.endsciencecensorship.org/en/page/statement#.U6XBuagoyBA ; Hayes AW (2013). Letter to Professor GE Séralini. 19 Nov. Available at: http://www.gmwatch.org/files/Letter_AWHayes_GES.pdf
5. http://www.spinwatch.org/index.php/issues/science/item/164-smelling-a-corporate-rat
6. Hayes AW (2013). Letter to Professor GE Séralini. 19 Nov. Available at:http://www.gmwatch.org/files/Letter_AWHayes_GES.pdf
7. http://www.utsandiego.com/news/2014/jan/08/science-food-health/ ; Also see article beginning:http://www.endsciencecensorship.org/en/page/Statement#.U6YDUKgoyBA
8. http://www.ensser.org/democratising-science-decision-making/ensser-comments-on-the-retraction-of-the-seralini-et-al-2012-study/
9. http://www.endsciencecensorship.org/en/page/retraction-intro#.U6gKv6gowsk ;http://www.endsciencecensorship.org/en/page/retraction-double-standards#.U6gLPKgowsk
10. http://www.sciencedirect.com/science/article/pii/S0278691514000039
11. http://www.enveurope.com/content/26/1/14  http://www.enveurope.com/content/26/1/13
Lähettänyt GraviolaTeam Finland klo 14.38