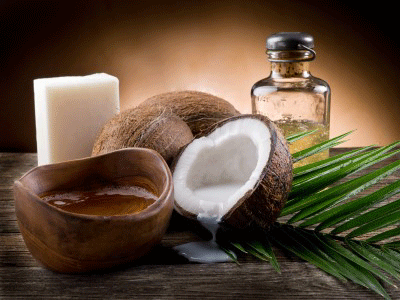 While coconut oil has dragged itself out of the muck of vast misrepresentation over the past few years, it still rarely gets the appreciation it truly deserves.  Not just a "good" saturated fat, coconut oil is an exceptional healing agent as well, with loads of useful health applications.

Some examples of "good" saturated fat include

Of course, when speaking about coconut oil, we are only looking at one part of the amazing coconut palm.  Each component, including coconut hull fiber, coconut protein and coconut water has experimentally confirmed therapeutic applications.

Sources say the radio connection with Monsanto’s elite security team, which had been dispatched to investigate a disturbance in the seed-splicing sector, went dead after a series of bloodcurdling shrieks. 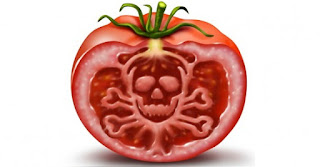 According to sources onsite, technicians arrived at the lab’s secure vegetable isolation chamber at 8 a.m. to find the room’s armed guards lying dead on the floor next to what remained of Specimen 323-A’s 6-inch-thick tempered-glass container, which appeared to have been ruptured from the inside.
Officials would not confirm how many employees had been killed, but acknowledged the released tomato variety remained at large within the sprawling crop development facility.

“We have suffered a Code 9 containment breach,” said head biotechnologist Stewart Klein, explaining that he had used a dedicated emergency line to contact Monsanto headquarters in St. Louis, which immediately sent back a directive ordering all laboratory personnel to shelter in place until further notice.

“As of now, we’ve sealed off all stairwells below subbasement 12, but this hardy, disease-resistant tomato appears to have overridden all of our fail-safe backup protocols. We have an asset on the loose, and nobody will be allowed in or out until this thing is stopped.”
“This is our worst nightmare,” Klein added. (Albuquerque, NM)

The laboratory, which handles nearly all of Monsanto’s agricultural production, reportedly features a wide array of state-of-the-art security systems, including biometric locks, 24-hour checkpoints, and a centralized surveillance system that closely monitors the company’s fruits, vegetables, grains, and other specimens through every stage of their creation and growth. As an additional precaution, sources confirmed the entire facility is buried more than 1,000 feet below the New Mexico desert.
Monsanto scientists said they had traced the escaped tomato’s path of destruction from the broken shards of the containment unit to the lifeless bodies of the guards to a nearby ventilation shaft, following a trail of viscous, bright red liquid that appears to be composed of fructose, glucose, vitamin C, several unknown substances, and human blood.

The rogue produce has since found its way into the facility’s germination module, according to reports, where it is believed to have consumed dozens of experimental fertilizers and a generous supply of mulch, possibly attempting to increase its size, strength, and shelf life.

“We’ve been trying to find some way to take this thing down, but so far nothing’s worked,” said Monsanto security chief Lydia Jarrett, citing steel doors torn completely from their hinges, tunnels bored through solid concrete by means of a highly concentrated form of citric acid, and the failure of industrial-strength herbicides pouring from the facility’s sprinkler system to slow any of the destruction. “We used a trellis and a bed of fresh, loamy soil to lure it into a waste processing bay where we intended to have it incinerated—that is, if anything can still hurt it at this point—but it escaped at the last minute. It’s almost as if it knew what we were planning.”

“This tomato is adapting to our strategies,” Jarrett continued. “It’s learning.”
In their desperate attempts to regain control of the escaped specimen, Monsanto officials told reporters they were trying to track down any surviving scientists from the ConAgra Disaster of 1994, in which a genetically modified variety of wild rice was inadvertently crossbred with a fast-growing form of sweet corn, with the resulting hybrid quickly bursting out of its greenhouse and overrunning a 3,000-acre stretch of central Nebraska, leaving 11 dead and causing more than $90 million in infrastructure damage.

“We’re running out of time,” said Klein, solemnly noting that if necessary, his entire team was prepared to stay in the underground laboratory and make the ultimate sacrifice should their containment efforts fail. “Once emergency protocols are activated, a six-hour countdown begins, at the end of which thermonuclear charges will vaporize this facility and everything within a 15-mile radius. It’ll kill us all, but better we die than let that thing get to the surface.”
He added, “May God have mercy on our souls if this thing pollinates.”
Klein went on to state that if the escaped tomato specimen could be safely recaptured, it would be marketed under the trade name Ruby Gold