The Endocannabinoid System For Dummies

Have you ever been confused about the endocannabinoid system?
Educate yourself.
This guide will tell you everything you need to know. 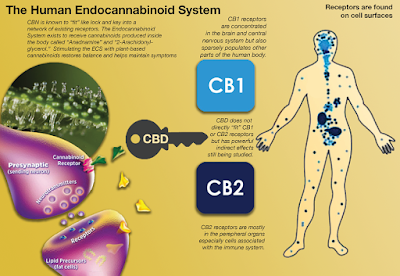 Have you ever wondered how THC works?

What is the endocannabinoid system (ECS)? 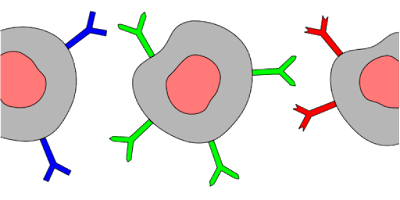 Psychoactive (THC) was first discovered by Israeli scientist Raphael Mechoulam back in the 1960s. His finding quickly spurred a rush to figure out how THC worked, and whether or not our own bodies produced a similar compound.
More than two decades after the search began, anandamide was found. Yet, once they isolated the chemical, they faced another challenge.
What should it be called? They turned to Sanskrit. Anandamide comes from the Sanskrit word Ananda, which means bliss. So, basically, anandamide means bliss molecule.

What does the ECS do?


Cannabinoid receptors are found all throughout the body, giving them a wide variety of functions. However, certain receptors are more concentrated in specific regions.

The diversity of receptor locations shows just how important endocannabinoids are for day-to-day bodily function. 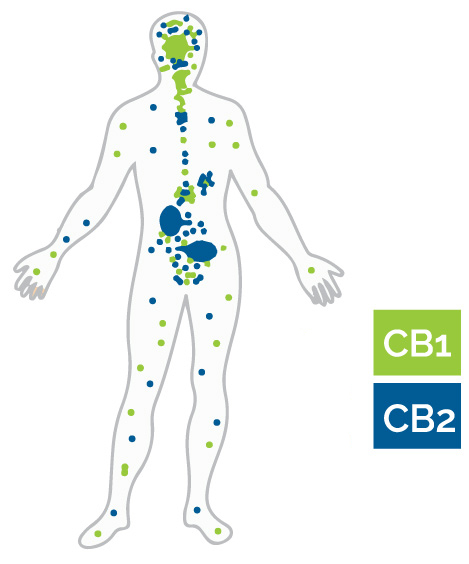 They help regulate the following:

Endocannabinoids are the chemical messengers that tell your body to get these processes moving and when to stop. They help maintain optimal balance in the body, also known as homeostasis. When the ECS is disrupted, any one of these things can fall out of balance. Dysregulation in the ECS is thought to contribute to a wide variety of conditions, including fibromyalgia and irritable bowel syndrome.

The ECS theory of disease is termed “Clinical Endocannabinoid Deficiency“.  The idea is simple: when the body does not produce enough endocannabinoids or cannot regulate them properly, you are more susceptible to illnesses that affect one or several of the functions listed above.


Where do endocannabinoids come from?

If your body cannot produce enough endocannabinoids, you might be in for some trouble. But, where do endocannabinoids come from, anyway? This question has another simple answer: diet. 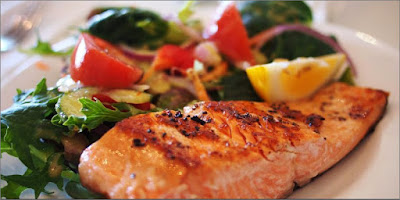 Your body creates endocannabinoids with the help of fatty acids. Omega-3 fatty acids are especially important for this. Recent research in animal models has found a connection between diets low in omega-3s and mood changes caused by poor endocannabinoid regulation.
Fortunately, hemp seeds are a quality source of omgea-3s. However, fish like salmon and sardines produce a form of omega-3s that is easier for your body to put to use. 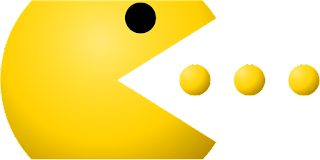 Cannabinoid receptors are often what we associate with the endocannabinoid system. But, the ECS is more complicated than that. Enzymes also have a crucial role to play in the process. In a way, enzymes are kind of like Pacman. They gobble up various compounds, change them, and then spit out the parts. In the ECS, enzymes break down leftover endocannabinoids. Enter non-psychoactive CBD.

Enter non-psychoactive CBD. While THC binds with cannabinoid receptors directly, CBD does not. Instead, it works it’s magic on an enzyme. The enzyme in question is called FAAH, and it is responsible for pulling excess anandamide out of circulation.
CBD puts a stop to this. Psychoactive THC works by mimicking the body’s own endocannabinoids. But, CBD increases the amount of endocannabinoids in your system.
CBD stops enzyme FAAH from breaking down all of the anandamide, and therefore makes more of it available for use by your cells. This is why CBD is a natural mood-lifter without psychoactive effects.

This is just a brief overview of the endocannabinoid system. Each year, new studies shed light into what this amazing network does inside our bodies. The discovery of the ECS is what makes medical cannabis such a big deal.
People often joke about the herb’s ability to heal a wide variety of seemingly unrelated conditions. But, we now understand that these conditions are all regulated in part by the ECS. The medical implications of this finding are endless.

Cannabidiol (CBD), a non-psychoactive component of the cannabis plant, has generated significant interest among scientists and physicians in recent years—but how CBD exerts its therapeutic impact on a molecular level is still being sorted out. Cannabidiol is a pleiotropic drug in that it produces many effects through multiple molecular pathways. The scientific literature has identified more than 65 molecular targets of CBD.
Although CBD has little binding affinity for either of the two cannabinoid receptors (CB1 and CB2), cannabidiol modulates several non-cannabinoid receptors and ion channels. CBDalso acts through various receptor-independent pathways—for example, by delaying the “reuptake” of endogenous neurotransmitters (such as anandamide and adenosine) and by enhancing or inhibiting the binding action of certain G-protein coupled receptors.
Here are some of the ways that CBD confers its manifold therapeutic effects.

Jose Alexandre Crippa and his colleagues at the University of San Paulo in Brazil and King’s College in London have conducted pioneering research into CBD and the neural correlates of anxiety. At high concentrations, CBD directly activates the 5-HT1A (hydroxytryptamine) serotonin receptor, thereby conferring an anti-anxiety effect. This G-coupled protein receptor is implicated in a range of biological and neurological processes, including (but not limited to) anxiety, addiction, appetite, sleep, pain perception, nausea and vomiting.
5-HT1A is a member of the family of 5-HT receptors, which are activated by the neurotransmitter serotonin. Found in both the central and peripheral nervous systems, 5-HT receptors trigger various intracellular cascades of chemical messages to produce either an excitatory or inhibitory response, depending on the chemical context of the message.
CBDA [Cannabidiolic acid], the raw, unheated version of CBD that is present in the cannabis plant, also has a strong affinity for the 5-HT1A receptor (even more so than CBD). Preclinical studies indicate that CBDA is a potent anti-emetic, stronger than either CBD or THC, which also have anti-nausea properties.

CBD directly interacts with various ion channels to confer a therapeutic effect. CBD, for example, binds to TRPV1 receptors, which also function as ion channels. TRPV1 is known to mediate pain perception, inflammation and body temperature.
TRPV is the technical abbreviation for “transient receptor potential cation channel subfamily V.” TRPV1 is one of several dozen TRP (pronounced “trip”) receptor variants or subfamilies that mediate the effects of a wide range of medicinal herbs.
Scientists also refer to TRPV1 as a “vanilloid receptor,” named after the flavorful vanilla bean. Vanilla contains eugenol, an essential oil that has antiseptic and analgesic properties; it also helps to unclog blood vessels. Historically, the vanilla bean has been used as a folk cure for headaches.
CBD binds to TRPV1, which can influence pain perception.
Capsaicin—the pungent compound in hot chili peppers—activates the TRVP1 receptor. Anandamide, the endogenous cannabinoid, is also a TRPV1 agonist.

Whereas cannabidiol directly activates the 5-HT1A serotonin receptor and several TRPV ion channels, some studies indicate that CBD functions as an antagonist that blocks, or deactivates, another G protein-coupled receptor known as GPR55.
GPR55 has been dubbed an “orphan receptor” because scientists are still not sure if it belongs to a larger family of receptors. GPR55 is widely expressed in the brain, especially in the cerebellum. It is involved in modulating blood pressure and bone density, among other physiological processes.
GPR55 promotes osteoclast cell function, which facilitates bone reabsorption. Overactive GPR55 receptor signaling is associated with osteoporosis.
GPR55, when activated, also promotes cancer cell proliferation, according to a 2010 study by researchers at the Chinese Academy of Sciences in Shanghai. This receptor is expressed in various types of cancer.
CBD is a GPR55 antagonist, as University of Aberdeen scientist Ruth Ross disclosed at the 2010 conference of the International Cannabinoid Research Society in Lund, Sweden. By blocking GPR55 signaling, CBD may act to decrease both bone reabsorption and cancer cell proliferation.

CBD also exerts an anti-cancer effect by activating PPARs [peroxisome proliferator activated receptors] that are situated on the surface of the cell’s nucleus. Activation of the receptor known as PPAR-gamma has an anti-proliferative effect as well as an ability to induce tumor regression in human lung cancer cell lines. PPAR-gamma activation degrades amyloid-beta plaque, a key molecule linked to the development of Alzheimer’s disease. This is one of the reasons why cannabidiol, a PPAR-gamma agonist, may be a useful remedy for Alzheimer’s patients.
PPAR receptors also regulate genes that are involved in energy homeostasis, lipid uptake, insulin sensitivity, and other metabolic functions. Diabetics, accordingly, may benefit from a CBD-rich treatment regimen.

CBD as a reuptake inhibitor

How does CBD, an exogenous plant compound, get inside a human cell to bind to a nuclear receptor? First it has to pass through the cell membrane by hitching a ride with a fatty acid binding protein (FABP), which chaperones various lipid molecules into the cell’s interior. These intracellular transport molecules also escort tetrahydrocannabinol (THC) and the brain’s own marijuana-like molecules, the endocannabinoids anandamide and 2AG, across the membrane to several targets within the cell. CBD and THC both modulate receptors on the surface of the nucleus, which regulate gene expression and mitochondrial activity.
CBD also exerts an anti-cancer effect by activating PPARs on the surface of the cell’s nucleus.
Cannabidiol, it turns out, has a strong affinity for three kinds of FABPs, and CBD competes with our endocannabinoids, which are fatty acids, for the same transport molecules. Once it is inside the cell, anandamide is broken down by FAAH [fatty acid amide hydrolase], a metabolic enzyme, as part of its natural molecular life cycle. But CBD interferes with this process by reducing anandamide’s access to FABP transport molecules and delaying endocannabinoid passage into the cell’s interior.
According to a team of Stony Brook University scientists, CBD functions as an anandamide reuptake and breakdown inhibitor, thereby raising endocannabinoid levels in the brain’s synapses. Enhancing endocannabinod tone via reuptake inhibition may be a key mechanism whereby CBD confers neuroprotective effects against seizures, as well as many other health benefits.
CBD’s anti-inflammatory and anti-anxiety effects are in part attributable to its inhibition of adenosine reuptake. By delaying the reuptake of this neurotransmitter, CBD boosts adenosine levels in the brain, which regulates adenosine receptor activity. A1A and A2A adenosine receptors play significant roles in cardiovascular function, regulating myocardial oxygen consumption and coronary blood flow. These receptors have broad anti-inflammatory effects throughout the body.

CBD as an allosteric modulator

CBD also functions as an allosteric receptor modulator, which means that it can either enhance or inhibit how a receptor transmits a signal by changing the shape of the receptor.
Australian scientists report that CBD acts as a “positive allosteric modulator” of the GABA-A receptor. In other words, CBD interacts with the GABA-A receptor in a way that enhances the receptor’s binding affinity for its principal endogenous agonist, gamma-Aminobutyric acid  (GABA), which is the main inhibitory neurotransmitter in the mammalian central nervous system. The sedating effects of Valium and other Benzos are mediated by GABA receptor transmission. CBD reduces anxiety by changing the shape of the GABA-A receptor in a way that amplifies the natural calming effect of GABA.
Canadian scientists have identified CBD as a “negative allosteric modulator” of the cannabinoid CB1 receptor, which is concentrated in the brain and central nervous system. While cannabidiol doesn’t bind to the CB1 receptor directly like THC does, CBDinteracts allosterically with CB1 and changes the shape of the receptor in a way that weakens CB1’s ability to bind with THC.
As a negative allosteric modulator of the CB1receptor, CBD lowers the ceiling on THC’s psychoactivity—which is why people don’t feel as “high” when using CBD-rich cannabis compared to when they consume THC-dominant medicine. A CBD-rich product with little THC can convey therapeutic benefits without having a euphoric or dysphoric effect.
Photo credits: CPD events, Lafaza, CGStudio