New EU GMO Directive: Strengthening the biotech companies to the detriment of the legal framework, public health and the environment

The new GMO directive passed by Parliament opens the floodgates of GMO authorizations, without actually strengthening the power of the member states, and also assigns a monopoly of expertise to EFSA which is unacceptable, given the infiltration of lobbyists within the health agency. 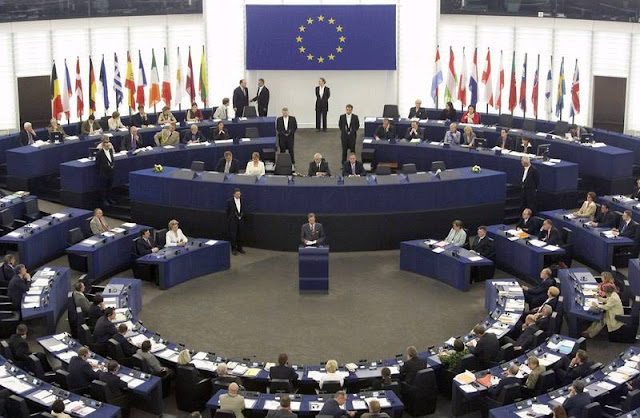 
This Tuesday, 13 January 2015, the European Parliament adopted a new Directive that fundamentally changes the game for marketing and cultivation of GMOs in Europe at the expense of legal, health and environmental security.

This new European text on “renationalisation of GMO authorization procedures” was meant to be more stringent and aimed, among other things, to “facilitate” national bans on GMO crops.

The biotech lobby, with the support of some pro-GMO member states in the European Council (UK, Netherlands, Spain …), still managed to impose its will to introduce more GMOs in Europe. The new directive now gives more power to businesses, working in partnership with the member states with which the authorizations must be negotiated, while facilitating the process of marketing and cultivation of new GMOs.
CRIIGEN can only note that the health assessment at the European level has not been strengthened, in particular with regard to promoting the development of a transparent counter-expertise to EFSA, which is now positioned as the only “guarantor” of public health.

We deeply regret that the new directive prohibits Member States from making their decisions based on their own analysis of the health and environmental risks, to support any legal prohibitions on their territory.

For the past sixteen years CRIIGEN has denounced the inadequate assessment of GMOs and their associated pesticides, especially since 2012 the long-term effects associated with chronic exposure, both for agricultural professionals and their families, and for consumers. According to Professor GE Séralini, who was recently invited by the European Parliament to speak on the subject: “Lobbies at work within EFSA, among experts who have neglected the results of our two-year study, continue to undermine public health while monopolizing expertise.”
Corinne Lepage, Honorary President of CRIIGEN and former Vice-President of the Environment Committee in the European Parliament, said, “This new directive has completely erased the text voted on in the first reading by the European Parliament, which was based on the recommendations of a report that I had proposed. The first text had constituted a considerable step forward to strict regulation of GMOs, allowing them to be banned due to insufficient studies, or giving the power to the regions to declare a moratorium. It made the GMO directive into a piece of environmental legislation and not about the internal market. Ultimately, this [new] text not only opens the floodgates of GMO approvals in Europe, but contrary to what has been declared, it will not allow the legal security for member states that want to prohibit GMOs on their territory. Unfortunately, once again the European institutions have demonstrated that the wishes of European consumers are not worthy to be taken into account, and also that the issue of democracy has no meaning for them.”
In addition, Dr Joel Spiroux de Vendômois, Chairman of CRIIGEN, said: “It is sad that the majority of MEPs have forgotten that GMOs are pesticide plants. European citizens in turn will pay a heavy price in terms of health due to the underestimated impact of GMOs and pesticides, as we have shown.”
By admin|January 16th, 2015
http://www.gmoseralini.org/new-eu-gmo-directive-strengthening-biotech-companies-detriment-legal-framework-public-health-environment/
Lähettänyt GraviolaTeam Finland klo 15.46