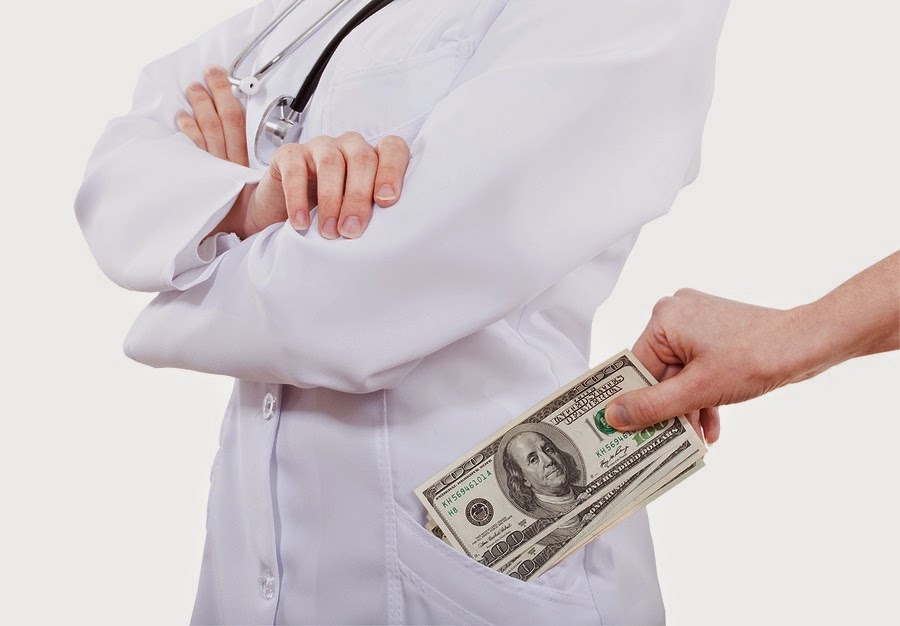 Our First Dive Into the New Open Payments System

The government’s data on payments to doctors and hospitals by drug and device makers is incomplete and hard to penetrate – but here’s a first look.
by Charles Ornstein ProPublica
The federal government unveiled data Tuesday detailing 4.4 million payments made to doctors and teaching hospitals by pharmaceutical and medical device companies.
The launch of the so-called Open Payments website, mandated under a provision of the Affordable Care Act, was far from glitch-free: Some users encountered long delays and sometimes error messages trying to access its seven data tables. Also, the site didn’t provide consumers with an easy-to-use lookup tool, a single place to search for a doctor’s name and see all results across data files.
It will take a while to dig deeply into this new trove of data, which covers the period of August to December 2013 and includes general and research payments, as well as payments to companies’ physician investors. All told, according to officials from the Centers for Medicare and Medicaid Services, companies spent a total of $3.5 billion during that period on 546,000 individual physicians and almost 1,360 teaching hospitals.
So what’s interesting at first glance? With the caveats we’ll detail, here’s a few nuggets:
* As predicted, the data is messy and not easy to analyze.
Many drug and device companies attributed payments to multiple subsidiaries, rather than reporting them under the name of a single parent company. Johnson & Johnson, for instance, submitted payments under at least 15 subsidiaries. The device maker Medtronic reported payments by at least six subsidiaries. So did the drug maker Novartis. On first blush, that makes it tough to calculate how much each company spent overall. 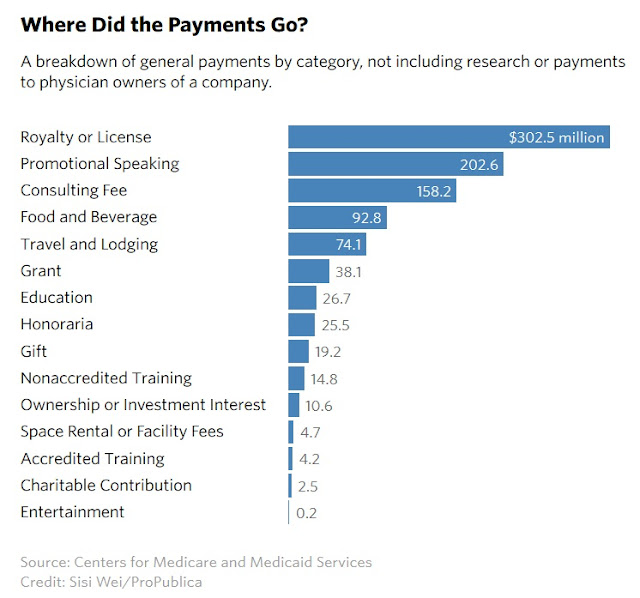 Similarly, companies reported payments associated with particular drugs in different ways. The expensive drug Acthar, which is marketed for a variety of different conditions, is listed under at least eight different name variations. The diabetes drug Januvia is reported as both “Januvia” and “Januvia Diabetes.” There is one drug simply listed as “KNEES” and another as “Foot and Ankle.”
The database includes three varieties of Clinpro 5000 toothpaste: bubble gum, spearmint and vanilla mint. One drug, CimziaCD, includes the notation “do not use” after its name.
In fields that are supposed to be filled by a numeric drug identification code, sometimes there are names instead of numbers.
* Even more data was redacted than the government had said there would be.
As ProPublica has reported, CMS had said it would not release about one-third of the payment data for the last five months of 2013 because of inconsistencies and other problems. 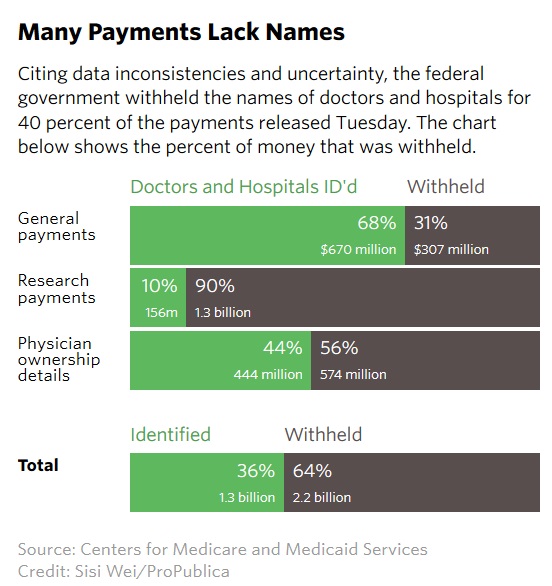 But the issues affected a larger proportion of records than that. Forty percent of payments (more than 1.7 million records) did not include the names of the doctors or hospitals that received the payments; the rest did.

Calculated by the value of the payments, the redactions were even more extensive. About 64 percent of the total spending by companies wasn’t attributable to a particular doctor or hospital (the names, addresses and other identifying information were removed). This was particularly true for research payments—90 percent of the value of those payments went to unnamed doctors or hospitals.
The government intends to re-release all of the data with names by next June.
* Companies spend a huge amount of money on royalty payments.
Although fewer in number, royalty and licensure payments to compensate doctor and hospital inventors accounted for 31 percent of the $976 million in general payments reported, way more than any other category. Royalties sometimes represent a percent of sales, so they add up. Genentech Inc. alone paid $122.5 million in royalties in the last five months of last year. Depuy Synthes Sales Inc., a subsidiary of Johnson & Johnson, spent $35.9 million in royalties.
The second biggest category of general payments was promotional talks, which the government calls “services other than consulting.” They accounted for 21 percent of expenses.
Meals accounted for less than 10 percent of general expenses (about $93 million), but 3.5 million of the 4.4 million payments reported.
* Medical doctors and teaching hospitals dominated.
The law requires companies to report payments to teaching hospitals, medical doctors, osteopaths, dentists, chiropractors, optometrists and podiatrists, but the data show that medical doctors received 69 percent of the value of the general payments. Teaching hospitals received nearly 25 percent. Other groups received only a tiny fraction. All the chiropractors in the database, for example, received a total of less than $83,000 in general payments.
* Doctors travel a lot, courtesy of drug and device makers.
Doctors were paid for more than 200,000 trips by companies in the last five months of the year. The most common domestic destinations: Chicago, Dallas, New York, Atlanta and Philadelphia. Fewer doctors left the country, but when they did, their top destinations were Toronto, Copenhagen, Amsterdam, Paris and Barcelona. Drug and device makers paid for doctors to travel to about 80 countries in all.

ProPublica has been tracking pharmaceutical company payments to doctors since 2010. This week, we updated our Dollars for Docs tool to include payments from 17 drug companies for the 2013 calendar year. You can search for your doctor by name.Ryann Grochowski Jones and Mike Tigas contributed to this report. 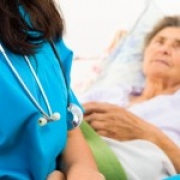 (NaturalHealth365)
There has been an ongoing debate about the effectiveness of chemotherapy drugs for cancer patients as well as their effect on cancer survival rates.

However, American and Australian studies have shown that cancer survival rates after receiving chemotherapy can be as startlingly low as 2.1%.


These studies took a 5-year look at cancer survival rates in cancer patients who received chemotherapy.

Revealing the negative side effects of chemotherapy versus health benefits

The side effects of chemotherapy and negative impact upon health comprise a very long list.These ill health effects include vomiting, loss of appetite, diarrhea, constipation, bladder issues, bleeding, anemia, bruising, hair loss, edema, infections, lymphedema, neutropenia, nerve issues, mouth and throat issues, fertility problems and ongoing physical pain.Those who undergo chemotherapy also report ongoing fatigue, memory issues, difficultly in concentrating, insomnia and sexual issues.Furthermore, the use of chemotherapy drugs with clients experiencing end-stage cancers worsens their quality of life while providing no overall survival benefits, according to a study published in JAMA Oncology. With such a poor effectiveness rate along with horrible side effects, these harsh and harmful chemicals are clearly not worth the risks.
Why kill the immune response – when it’s needed most?  Some researchers theorize that the reason for resistance to chemotherapy in so many patients is that they build up a cellular tolerance to the drugs. The drugs used in chemotherapy also aren’t generally engineered for specific types of cancer, further diluting their effectiveness. Since chemotherapy drugs usually only target cancer cells that divide, any dormant cancer stem cells are often not effectively addressed by chemotherapy.Clients who are given chemotherapy as a treatment become increasingly affected by drug detoxification. This in turn suppresses the immune system, exhausts the cellular repair mechanism, lowers drug receptor sensitivity, and alters pH gradients in negative ways.

In short, chemotherapy is very often a self-defeating therapy, decreasing white cell counts and weakening the immune system. Fighting cancer with less harmful and more effective measures. While the side effects and negative health consequences of chemotherapy can be assisted with a ketogenic diet and key supplements like green tea polyphenols, some research has shown that these measures alone are more effective than chemotherapy.A ketogenic diet is one that eliminates carbohydrates and starches in favor of vegetables, healthy fats and small amounts of high-quality lean proteins. It is believed that the reduction in glucose in the body helps to starve cancer cells, which feed on glucose. Lowering protein intake also contributes to slowing cancer cell proliferation.

Clearly, the funding and use of chemotherapy drugs as a cancer treatment should be reconsidered by the entire medical establishment.At the very least, a rigorous re-evaluation of the impact upon quality of life and their financial cost should be undertaken.http://www.naturalhealth365.com/chemotherapy-cancer-patients-1796.html