The President of Finland took a €42 million bribe from the Kosovo Albanian heroin mafia and bought an luxury apartment in the city of Helsinki.

The retired president's tax-free pension is currently around € 340,000 per year 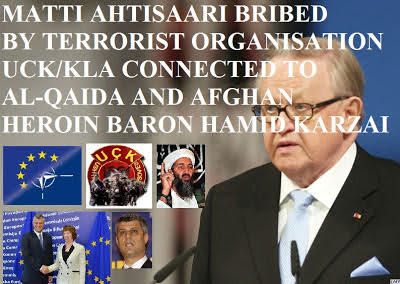 Ahtisaari was a United Nations special envoy for Kosovo, charged with organizing the Kosovo status process negotiations, aimed at resolving a long-running dispute in Kosovo, which later declared its independence from Serbia in 2008
Information from the free press.


Refering to information regarding president Matti Ahtisaari and U.N.’s Special Envoy in Kosovo.
As is widely known the U.N.’s Special Envoy Martti Ahtisaari then proposed to sever Kosovo from Serbia, act which purpose was to create a newly independent state on the grounds of Albanian demographic preponderance.
Serbian Prime Minister Vojislav Kostunica declared on 15th February 2007 that ‘Ahtisaari is proposing to rob Serbia of 15% of its territory and wants to change internationally recognized borders against the will of the Serbian State’. He added that this would be a ‘gross violation of the integrity of a democratic European state. 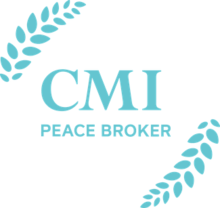 The Finnish News Agency, STT, published on June 26 and June 27, 2007, two articles stating that the UN Special Envoy for Kosovo was “bought” by the Albanian mafia in order to support independence for Kosovo.
The STT articles reported that the information was initially published by the Banja Luka (Republica Srpska, Bosnia & Herzegovina) Daily Fokus on June 21, 2007, entitled “Albanian Mafia Bought Ahtisaari”.


According to the Banja Luka report, the UN Secretary General Ban Ki-moon had requested that the German Federal Intelligence Service, BND, inform him in detail on what was happening in Kosovo, and he finally received a detailed report on Special Envoy Based on the Banja Luka article, the UN Secretary General was informed that Albanian separatists in Kosovo had paid for Ahtisaari’s plan which proposed independence for the Serbian province.


The BND secret service team, headed by Brigadier Luke Neiman, who was directly appointed by the German Government to designate part of the German Secret Service apparatus to the UN Mission in Kosovo (UNOSEK: United Nations Office of the Special Envoy for Kosovo), discovered the connection between the Albanian mafia and Marti Ahtisaari.
Brig. Neiman had recordings of discussions between Ahtisaari and Albanians; how they transferred money; the banks accounts plus codes in Switzerland and Cyprus.

Money transfers revealed
One of the BDN recordings revealed the transportation of two-million euros from the Swiss Bank based in the city of Visalia, account number 239700-93457-00097, owned by Exhet Boria, which was masked by an offshore account with a code XS52-KOLER to Ahtisaari’s bank account in the Bank of Cyprus, account number 3459346699004533, code VOLANND.

What was also reported was the visit of two men to UNOSEK, in the presence of Ahtisaari on February 12, 2007, at 06:23 hrs (local time) in one black Mercedes four-wheel drive SUV, with license plate PR-443-22CD, which was confirmed to belong to the Albanian Government in Priština. 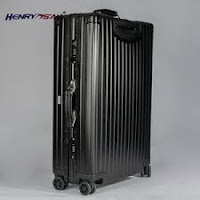 The two visitors carried two silver briefcases which were handed to Ahtisaari.
A source inside the UNOSEK facilities confirmed that the briefcases contained cash and were delivered to the UN Special Envoy for Kosovo.Twelve days later, at 17:44 hrs (local), the same car, with the license plates removed, visited UNOSEK but this time it was Exhet Boria himself and two bodyguards that entered the building, carrying again two silver briefcases. 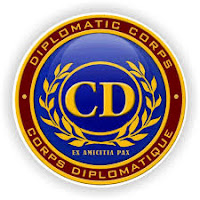 Exhet Boria is a Kosovo Albanian figure involved in organized crime and heroin trade in Europe and he is the “right hand” of Behgjet Pacolli, the Albanian billionaire mafia boss, living in Switzerland.

The BND agents realized that the four briefcases had diplomatic luggage labels, and noted that they finally arrived in Finland without being checked — because of the diplomatic tagging — and were delivered at Ahtisaari’s house. The briefcase cash totaled 40-million euros.


The German agents also confirmed that Ahtisaari had many telephone conversations with Behgjet Pacolli.Furthermore, on February 28, 2007, at 23:47 hrs (local), the BND agents noted the arrival of a NATO KFOR (Kosovo Force) four-wheel drive vehicle carrying two women who were followed by Boria’s bodyguard.
The women stayed in Ahtisaari’s quarters until 05:17 hrs next day, and left with the same car.
The office of the UN Special Envoy for Kosovo responded to STT that “this is a silly story that comes from the press of Serbia (Bosnia & Herzegovina). We have nothing to add”, said Remi Derlo, Ahtisaari’s spokesman based in Vienna.
According to STT, the accusations where not commented on by the UN or by Ahtisaari himself. However, the President of the National Assembly of Serbia, Oliver DuliK, has made a formal inquiry into the allegations in order to confirm Ahtisaari’s involvement with Albanian organized crime.

The research also revealed additional secure and confirmed information. Specifically, it was confirmed that the former KLA leader, Hakim Thaci (also known as “the snake” of KLA), had made a plan of “100 days” for Kosovo’s independence.


It is foreseen that elections would be held in Kosovo, in November 2007; the Kosovo Parliament will have 120 seats from which 100 seats will be taken by Albanians, 10 seats by the Serbs, and 10 seats will be occupied by the remaining minorities in Kosovo. The election winner would be Hakim Thaci, winning 75 seats.

The first session of the Kosovo Parliament would, under the plan, then decide and announce Kosovo’s unilateral declaration of independence (UDI). According to highly-reliable sources, Thaci and his friends had taken their decisions unilaterally and despite the UN Security Council decision, regardless of what this could mean for the security of the region.

As a result, it was understood that, under the pressure of the emerging information/facts, the UN was now considering promoting the partition of Kosovo, rather than adopting the Ahtisaari plan for granting complete independence to Kosovo.
_
« Последња измена: Фебруар 29, 2008,
.
___ 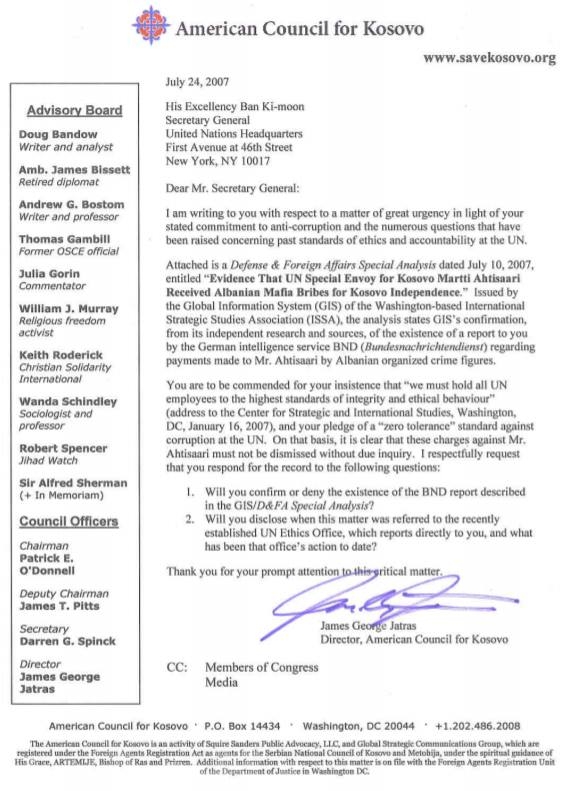 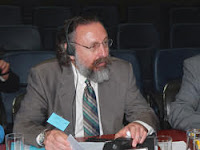 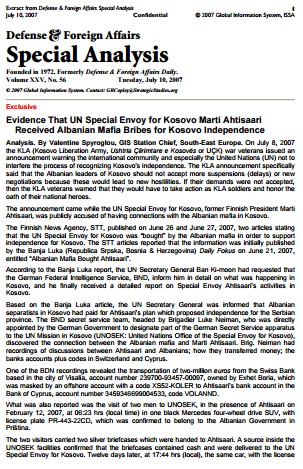 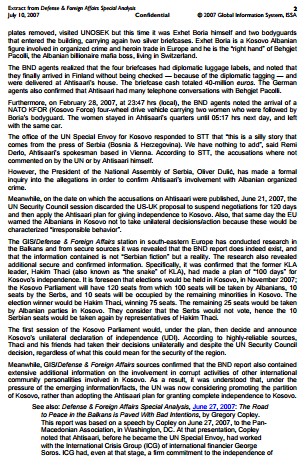 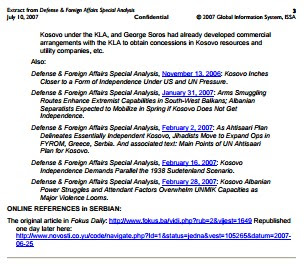 German Intelligence Agency BDN (Brig. Neiman) has recorded evidence of discussions between Ahtisaari and Albanians plus money transfers with bank accounts.
That is Ahtisaari and the mafia connection. How about Ahtisaari and Western imperial links? When US State Dept allows Ahtisaari to be privy to its circulars it reveals how far he was working closely to Western agenda.
Questioning his bias further was Gregory Copely of Defense and Foreign Affairs Institute who says “We have been observing him (Ahtisaari) ever since he was appointed a UN special envoy for Kosovo status, because we knew he came to that post after working for the International Crisis Group, established by the financier George Soros. We also knew that Soros, as well as the ICG, is firmly backing the independence of Kosovo province. This meant that Ahtisaari obviously wasn’t an impartial person for this position.”
Today, Kosovo is a transition ‘State’ for drugs flowing to Europe. Drug flows come to Europe from Afghanistan and Asian states crossing the corridors in Turkey and the Balkans. 80% of traffic goes through the Balkans. The Northern heroin (Afghanistan – Turkey – Hungary – Romania) and Southern cocaine (Turkey – Greece – Macedonia – Albania – Italy) are the two major routes. Turkey has become a key foothold of drug dealers. KLA is funded by the West to keep its own people in terror. This is a good lesson for the Sinhalese, Tamils and Muslims to think about in believing that outsiders can offer solutions.
Ahtisaari was
Serbian Prime Minister Vojislav Kostunica declared on 15th February 2007 that ‘Ahtisaari is proposing to rob Serbia of 15% of its territory and wants to change internationally recognized borders against the will of the Serbian State’. He added that this would be a ‘gross violation of the integrity of a democratic European state’.
While Pillai’s Investigating Team 1 will attempt to patch up a virtually finalized report, Team 2 of which Ahtisaari has been declared a ‘credible’ member would be attempting to repeat what he did in Namibia, Yugoslavia, Aceh, Kosovo upon Sri Lanka. This is the danger that awaits Sri Lanka. The country’s advisors have lethargically handled the UN Resolutions that has led to this current impasse. Let us not forget that Albanians bribed Ahtisaari with 4million Euros of drug money. LTTE has a history of bribing too.
As far as Sri Lanka should be concerned, Ahtisaari is bringing to Sri Lanka’s investigation conclusions that will be accepted by the West.
In 1999, as an EU envoy and President of Finland he went to meet Serbian leader Milosevic to persuade Sloban Milosevic to withdraw Serbian troops from Kosovo as part of a ceasefire deal with NATO. An eyewitness has revealed that Ahtisaari had grabbed the table cloth on which coffee and tea cups rested for the negotiators and ripped it from the table, sending cups, saucers, pots and spoons crashing to the floor. “That is what will happen to Serbia if you do not accept!” he shouted at Milosevic and other Serbs present. On 3 June 1999, Milosevic accepted the envoys terms and NATO strikes ceased 6 days later.

German Secret Service has found that 2 million Euros (2.68 million USD) have been transfered directly to Ahtisaari’s personal bank account, and that amounts of multi-million Euros were given to the UN envoy in cash on at least two occasions, totaling up to 40 million Euros (over 53 million U.S. dollars). 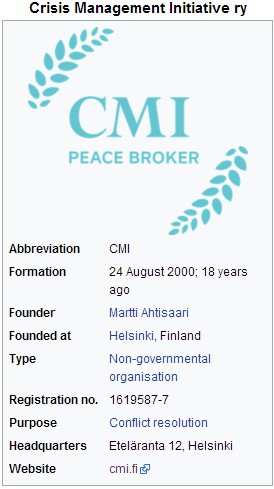 Crisis Management Initiative (CMI) is an independent Finnish non-governmental organisation that works to prevent and resolve conflict through informal dialogue and mediation. Nobel Peace Prize laureate and former President of Finland Martti Ahtisaarifounded CMI in 2000. CMI has offices in Helsinki and Brussels as well as a presence in selected countries. The organisation is officially registered as Crisis Management Initiative ry.CMI states it is focused on contributing to peace processes in three regions: the Middle East and North Africa, Eurasia and Sub-Saharan Africa. Self-statedly, CMI facilitates dialogue, mediates between conflicting sides, provides capacity-building and mediation support at all stages of conflict management and peace processes, and supports the broader peace building community.[1]


Nobel Peace laureate and former President of Finland Martti Ahtisaari founded CMI on 24 August 2000.[2] After stepping down as the President of Finland that year, Ahtisaari declined the post of United Nations High Commissioner for Refugees because he wanted to focus instead on addressing the root causes of conflicts. President Ahtisaari's long-term vision with CMI was to contribute to as much as effectively as possible to solving violent conflict throughout the world. The main tasks of the organisation in its early years were to assist Martti Ahtisaari in his numerous international assignments, to participate in policy discussions, and to advocate capacity-building in civilian crisis management.[citation needed]
This led to CMI taking its own projects, at first concerning crisis management and later on expanding to peace building and conflict resolution projects. One of CMI's most visible assignments, the Aceh peace process began in late 2004. CMI and its chairman president Ahtisaari were asked to facilitate talks between the Government of Indonesia and the Free Aceh Movement (GAM). In 2008, President Ahtisaari was awarded the Nobel Peace Prize for his leading role in bringing independence to Namibia, Serbia's withdrawal from Kosovo, and autonomy for Aceh 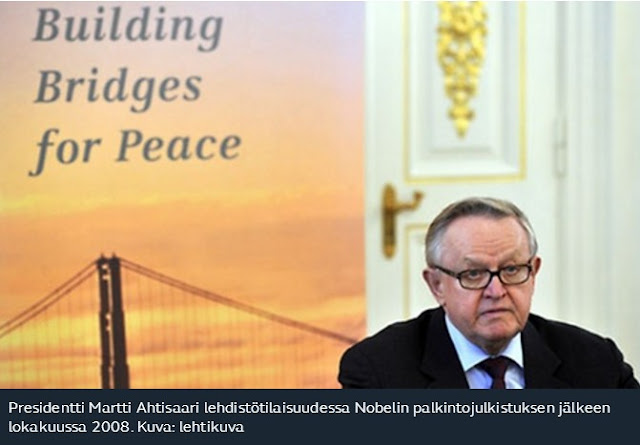 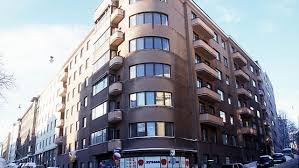 
As special U.N. Envoy, It was Martti Ahtisaari's job to draw up proposals on the ... General a report that Ahtisaari was given 40 million euros by Albanian Mafia to ...


The Countdown | The New Yorker

Political Mavens » It's Confirmed: UN Mediator in Kosovo was Bribed ...

The Mediator: A Biography of Martti Ahtisaari

The Report of the Special Envoy of the UN Secretary-General on ... - B92

https://www.b92.net/eng/comments.php?nav_id=40357
... Envoy Martti Ahtisaari's Kosovo status proposal to the UN Security Council. ... They broughtprocedings against NATO countries during the bombardment! ... And the result is going to be anothermafia state, a paradise for every kind of illegal traffic, ... You had the Albanians and Ahtisaari pushing for total indepedence and ...

Did Expert from Finland Martti Ahtisaari Appointed to UN Panel ...