Cannabis and Cancer. How THC and CBD Work on Cancer Cells - Video

How THC and CBD Work on Cancer Cells 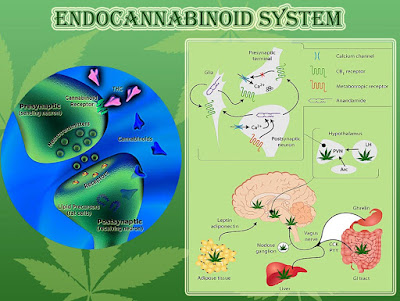 A collection of links to clinical studies, papers and reference guides for medical cannabis use

MEDICAL CONDITIONS THAT CAN BE TREATED WITH CANNABIS: A - Z

More than a decade of research has shown that specific compounds in the cannabis plant – usually (though not exclusively) THC and CBD – exhibit marked anti-tumor properties.

When used together, these compounds, or cannabinoids, exert a synergistic effect
on reducing and inhibiting tumor growth, especially in concert with conventional cancer treatments such as chemotherapy and radiation.
Scientists are delving deeper into understanding how exactly THC, CBD, and other cannabinoids act on cancer cells.

The most remarkable feature of these cannabinoids is that they specifically target cancer cells while being harmless to normal healthy cells. This fact is dramatically demonstrated by a time-lapse video of THC killing human cancer cells while leaving normal cells alone.
The SETH Group, an interdisciplinary team of scientists focused on testing promising new therapies that can be integrated with conventional cancer treatment, created the time-lapse video as well as another video to explain the action of cannabinoids on cancer:

Research over the past decade or so has successfully been showing the great potential of cannabis and, more specifically, the practice of using cannabinoids in cannabis – THC and CBD – to shrink and inhibit the growth of tumors.
While it hasn’t been enough to shake up the status quo, these preliminary findings are more than enough to demand further study and for lawmakers to starting taking the medicinal properties of cannabis seriously.
The most compelling evidence of THC’s ability to kill tumor cells comes from a time-lapse video taken with a microscope over a period of 20 hours. The video shows the cannabinoid killing actual human tumor cells from an active tumor (on the right) and leaving healthy cells (on the left) alone.

This video originated from experiments to determine whether THC could stop the growth of human glioblastoma multiforma (GBM) brain cancer cells, the most aggressive form of brain cancer. Previous experiments had shown promising results with rats.

This video originated from experiments to determine whether THC could stop the growth of human glioblastoma multiforma (GBM) brain cancer cells, the most aggressive form of brain cancer. Previous experiments had shown promising results with rats.
Using the same tests that are used to judge the effectiveness of new chemotherapies, scientists Sean McAllister, Ph.D. and Garret Yount, Ph.D. discovered that THC kills human GBM cells at a concentration that is non-toxic to normal brain cells.
Drs. McAllister and Yount are members of the SETH Group, an interdisciplinary team of scientists working to radically improve the health and survival of cancer patients. The group focuses on ways to test promising new therapies that could be integrated with conventional cancer treatment.
Dr. McAllister is also a noted cancer researcher, credited for having discovered CBD’s ability to kill breast cancer cells and inhibit tumor growth.
In a climate where the need for research on cannabis is dire and yet extremely restricted, we applaud the work of Dr. McAllister and the SETH Group.
It is our hope that the impact of such tangible proof as this video of cannabis’ potential to save lives will enable necessary changes in legislation and allow for greater research opportunities in the near future.
To learn more about the different kinds of research being done to uncover the anti-cancer properties of cannabis, please read our Knowledge Center article, “Can Cannabis Kill Cancer?”
________


According to Dr. Cristina Sanchez, a cancer researcher from Spain who first stumbled upon the anti-cancer effects of THC and wrote about it in 1998, this ability to target only cancer cells is one of the advantages of cannabinoids or cannabis-based medicine. The selective cell-killing action of cannabinoids is in contrast to chemotherapy, which is less discriminating.
Another advantage of cannabinoids, says Dr. Sanchez, is the “clean” way in which tumor cells die – through committing suicide. This is known as programmed cell death, or apoptosis.

Other Cancer Fighting Qualities of Cannabis

Inducing cell death is just one of many ways that THC and CBD have been observed to fight cancer. Other mechanisms of action include inhibiting cell growth and inhibiting the growth of new blood vessels (angiogenesis) that feed tumors and spread cancer (metastasis), according to a summary of anti-tumor effects reported by the National Cancer Institute.
As Dr. Wai Liu, an oncologist from St. George’s University of London, told the Huffington Post, “Cannabinoids have a complex action: it hits a number of important processes that cancers need to survive. For that reason, it has really good potential over other drugs that only have one function.”
In a 2013 study of six different cannabinoids and their effects on leukemia cells, Dr. Liu watched them “target and switch off” pathways that allow cancers to grow.
Here are two more recent reports about the actions of cannabinoids on cancer cells:
With more and more discoveries being made about the different anti-tumor effects of cannabinoids, Dr. Liu is optimistic about the future of cannabis-based medicine for treating cancer. As he told U.S. News & World Report, “…you have something [cannabis] that is naturally produced which impacts the same pathways that these fantastic drugs that cost billions also work on.”
We are proud to say that Constance Pure Botanical Extracts has been oncologist-referred and followed since our beginning. Please read what SF Weekly  has written about our work with cancer patients.
Also, be sure to check out our previous articles in the Cannabis and Cancer series (Part I and Part II).

A collection of links to clinical studies, papers and reference guides for medical cannabis use


MEDICAL CONDITIONS THAT CAN BE TREATED WITH CANNABIS: A - Z