Water pricing has often proved a controversial means of managing the consumption of this valuable resource. However, as global water scarcity attracts increasing attention, some argue that an alternative means of imposing a price on water could be through water trading.

“Markets are excellent at allocating scarce resources,” says David Festa, head of land, water and wildlife at Environmental Defense Fund, a US environmental advocacy. “They send scarce resources to the highest value use.”
In water trading, individuals, companies or governments in water-stressed areas make deals to buy from those in regions of abundance. While informal water trades often take place in agricultural settings, formal water trading systems have yet to become a widespread phenomenon.


Welcome to H2OX – a Stock Exchange like trading platform exchange that enables the secure, 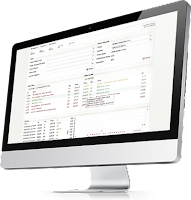 transparent and efficient trading of water entitlements and allocations. H2OX is an independent trade facilitator, ensuring all members have access to a fair and equitable market without conflicts of interest.

From Market News to Real Time Trading,
H2OX is your water exchange.

However, examples are emerging. A well-established one is the system that has been operating since the early 1980s in Australia, where large volumes of water are traded around the Murray-Darling basin.

In China’s Ningxia region, new industrial and energy plants that want to use water from the Yellow River are now required to repair, maintain and improve irrigation channels before they are allocated their quota. More efficient irrigation saves billions of gallons of agricultural water, which can then be used by the power facilities and factories.
Models are likely to vary between formal trading structures, such as the exchange established in Australia, and individual dealmaking. Arrangements for water trading could be temporary or long-term.
Of course, unlike carbon, water trading deals tend to be local or regional, since water is a heavy commodity, difficult and expensive to move over long distances. And while nature’s infrastructure – water basins and rivers – provides a means of transferring water in some places, elsewhere this could require substantial infrastructure investment.
Moreover, water’s value varies according to its relative abundance and quality. “Water is simply not a global commodity, largely because of its weight, but also because of its attributes,” says Piet Klop, acting director of the Envest (Environmental Intelligence for Tomorrow’s Markets) research initiative at the World Resources Institute, a US environmental think-tank.

“Carbon from Bangladesh is the same as carbon from Minnesota – with water, it matters whether it’s water in Maine or water in Spain,” he says.
An even bigger obstacle to the spread of water trading is its regulatory complexities.
A fundamental precondition to water trading, for example, is the separation of water rights from land rights. Registries of water rights also need to be established before such rights can be traded.
Complexity is increased by the fact that the amount of water available varies over time. “Water rights cannot be an absolute number that you’re guaranteed to get every year,” says Mr Klop. “A water right has to be defined as a share of the water that’s actually available.”
And because water is required for the preservation of the natural environment and ecosystems, argues Mr Festa, governments need to put a cap on the amount that is available to be traded, leaving sufficient reserves for other purposes. EDF is pushing for this in parts of the US.
Stuart Orr, freshwater manager at WWF International, agrees: “While it’s good to think about how to get the price right and about functioning markets, we have to be careful that we don’t have people looking to make quick money in water rights without any consideration of social or environmental benefits or losses.”
He adds: “There’s a huge social and environmental component to water that makes just treating it as an economic good tricky.”
However, despite the complexities involved, as experts ponder how to put a fair price on water, many believe some form of trading could provide an alternative to going down the controversial road of universal water pricing.
Mr Klop thinks that, if the right regulations are in place, water trading has huge potential. “We can’t take water for granted any more,” he says. “And if we can’t agree on raising prices in line with scarcity across the board, then we can do it through the back door with these emerging trades and markets.”
For companies, water trading could provide greater certainty and reduce the regulatory burden of obtaining permits every time they need to, using water for business purposes. Mechanisms could be put in place that resemble carbon offsetting programmes, with companies buying water to put into wetlands, for example.
“Now is the time to start looking at how to bring markets back in to allocate water among users in a way that is fluid, dynamic and flexible while being policed appropriately,” says Mr Festa. “This is complicated, but I would argue that it’s far less complicated than figuring out how governments should replace the whole market in moving water around.”