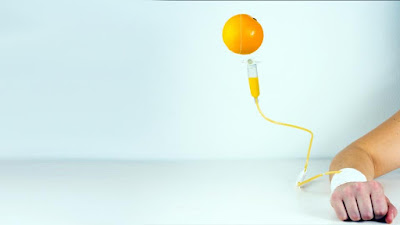 Although researchers have tested the vitamin as a cancer therapy many times, they almost always concluded that it was ineffective—but they were guaranteeing failure by giving it orally to patients.
When it’s given intravenously, it bypasses the gut and goes directly into the bloodstream—where concentrations of the vitamin are up to 500 times higher than when it’s taken orally—and targets cancer cells, say researchers at the University of Iowa.
The therapy is now going through the approval process, and could soon be available as an alternative to chemotherapy or radiation, the two conventional cancer treatments.
It’s been proved to be effective in animal studies, and phase 1 trials have demonstrated that it’s safe and well-tolerated.
Now doctors at the university are starting to use it on patients with pancreatic cancer and lung cancer, and are measuring their progress against other patients who will continue to be given chemotherapy or radiation.
Biologist Garry Buettner, who works at the university, has worked out just why vitamin C is so effective: the vitamin breaks down quickly in the body, and generates hydrogen peroxide that kills cancer cells. “Cancer cells are much less efficient in removing hydrogen peroxide than normal cells, so cancer cells are much more prone to damage and death from a high amount of hydrogen peroxide”, he explained. “This explains how very, very high levels of vitamin C do not affect normal tissue, but can be damaging to tumour tissue.”

To date, not a single virus has been tested that is not inactivated (killed) by a large enough dose of vitamin C  (ascorbic acid).
Many other antioxidants have similar virucidal effects, but vitamin C appears uniquely to be of greatest potency and clinical efficacy, as its simple chemical structure allows for it to be disseminated throughout the body with little restriction. As such, it is able to effectively address viral populations present in both the intracellular and extracellular spaces.

Other antioxidants have been found to have higher ORAC (Oxygen Radical Absorbance Capacity) values – measurements which are used to quantify the antioxidant capacity of supplements (or foods). However, a virus can never be incapacitated by a potent antioxidant if the chemical structure of that antioxidant does not permit direct contact between the virus and the antioxidant.

Why is vitamin C so effective in killing viruses?

A primary way in which vitamin C destroys viruses, or sets them up for destruction by the immune system, is by activating the ‘Fenton reaction’. In a nutshell, this reaction can proceed inside the virus, inside cells in which viruses are replicating, and on the surfaces of the viruses themselves. The result of this reaction that is stimulated by the presence of vitamin C, one or more transition metal cations, and the local presence of peroxide is the immediate production of hydroxyl radicals. These radicals are the most reactive oxidizing agents ever identified.
As such, they radically upregulate oxidative stress and end up destroying whatever is in their immediate environment.

The effects of vitamin C in “mopping up” after it inflicts its viral damage are further supported by its potent and multifaceted support of the immune system.

There is no other substance that singularly does as much to promote increased and strong immune function as vitamin C. Among many other effects, vitamin C directly stimulates interferon and antibody production, while effectively supercharging the functions of the white blood cells by becoming very concentrated inside those cells. To be balanced, it is also important to note that the effects of vitamin C on chronic viral infections, such as chronic hepatitis, AIDS, or HIV-positive states are less profound, as the virus works its way into physical locations much less accessible by vitamin C than when the viral infections are acute. Nevertheless, long-term, highly-dosed protocols of vitamin C often completely control and even occasionally cure these diseases.

Ebola NYC 2014: Nothing Fazes New Yorkers, Not Even Doctor's Diagnosis


(Vitamin C can be purchased as either L-Ascorbic acid, (Vitamin C Crystals) a weak acid,

Ascorbic acid is the most common form of the vitamin.
Ascorbic Acid is another name for Vitamin C.  Vitamin C is a popular antioxidant and one of the most widely used vitamins in the world.  Fine Ascorbic acid is a bioavailable form of Vitamin C in a powder form, so it can be combined with other powdered supplements or dissolved in liquid for easy ingestion.
From the FDA's website: "Some scientific evidence suggests that consumption of antioxidant vitamins may reduce the risk of certain forms of cancer. However, FDA has determined that this evidence is limited and not conclusive."

Antioxidant Protection*
Vitamin C is a water soluble nutrient well known for its vital role in the immune system. Vitamin C is necessary for the production of collagen (a structural protein in connective tissue) and is therefore important for skin, bone, and joint health. Vitamin C is also needed for amino acid metabolism and the utilization of many nutrients, such as folic acid and iron. It is also a highly effective antioxidant that can protect the bodys cells and molecules from damage by free radicals generated during normal metabolism.* This product supplies Sodium Ascorbate, a buffered form of Vitamin C that is gentler on the stomach.

Lypo-Spheric vs. Traditional pills and powders can be destroyed in the digestive system and flushed from the body without providing and benefits. Lypo-Spheric Products contain liposomes - made from Essential Phospholipids - that protect the active nutrients from destruction. Within minutes, our nutrients filled "Smart". Lyposomal Nano-Spheres bypass the absorption barriers in the digestive system, enter the bloodstream intact and then enter the cells - ready to go to work.
http://graviolateam.blogspot.fi/p/livon-laboratories-lypo-spheric-vitamin.html

The actual evidence showing what vitamin C has done and can continue to do if properly utilized is there for anyone to see and review. The ‘multi-C protocol’ will reverse and cure any viral syndrome if secondary organ damage has not already advanced too far. Even then, many cases that would seem hopeless can still show dramatic clinical responses. Review for yourself the incredible clinical results of Frederick Klenner, MD, – who is truly the father of the clinical applications of vitamin C. Also, check out the H1N1 patient in New Zealand who was going to be taken off of life support when vitamin C finally came to the rescue. The Use of Vitamin C as an Antibiotic.  Clinical Guide to the Use of Vitamin C

Frederick R. Klenner, M.D., F.C.C.P
Dr. Klenner’s list of honours and professional affiliations is tremendous. He is listed in a flock of various “Who’s Who” registers. He has published many scientific papers throughout his scientific career.
Dr. Klenner was a:

A few more points about Ebola need to be considered…

This is a disease that spreads most effectively among populations that have a substantially poorer nutritional status than is seen in the United States and other well-fed populations around the world. Of course, any exposure to a high enough titer of virus can allow an infection to “take hold,” even in a well-nourished individual. Furthermore, it has been published that there are a substantial number of individuals, often healthcare workers who treated Ebola patients, who have a symptomless infection when exposed to Ebola virus. This further supports the concept just mentioned that the nutritional status of the exposed individuals is a very important consideration in determining the likelihood of the infection proceeding to severe illness or even death.

My final crucial point about all this ‘hysteria’ …

Don’t worry.
If Hollywood and the Centers for Disease Control (CDC) want to induce the populations of the world into a full-blown panic, so be it.

You have the tools to prevent a virus like Ebola from ever setting up shop in your body. And if your prevention should fall short, resolution and cure is a simple process, and it should occur for all but the most immune-challenged, chronically ill, and malnourished individuals among us.  //end of cpt 1(2)

Intravenous Vitamin C for Cancer Cure on ABC News (Vitamin C has been known to cure over 30 major disease for over 50 years. But why haven't you heard more about it? Why haven't more doctors used Vitamin C as medicine?) Video

Vitamin C is being hailed as a safe, inexpensive and effective way to reverse the course of sepsis, a potentially life-threatening type of blood poisoning. In an animal study conducted at Lawson Health Research Institute at the University of Western Ontario and published in 2010 in Intensive Care Medicine, researchers found that vitamin C injections significantly improved the survival rate of septic mice. Researchers are eager to see if the results are applicable to human patients. Noting that the injections had no harmful side effects, study leader Dr. Karel Tyml predicted that inexpensive, safe vitamin C treatments could improve the outlook for sepsis patients worldwide, and be a particular boon in developing countries, in which the rates of sepsis are higher.

The NADPH oxidase plays a pivotal role in microbial killing because its dys-function causes CGD, characterized by a profound predisposition to bacterial and fungal infection (8, 10), and killing is compromised under anaerobic conditions (11).
Detailed reviews of the biochemistry and bioenergetics of this system have recently been undertaken (12, 13), to which I refer readers. A schematic representation of the oxidase is shown in Figure 2.

Schematic representation of the NADPH oxidase. Flavocytochrome b558 is a heterodimer of gp91phox, which contains the haem- and flavin-binding sites, and p22phox. Electron transport is activated by phosphorylation and translocation to the vacuolar membrane of p47phox and p67phox. p21rac, in the GTP-bound form, is also required (12). 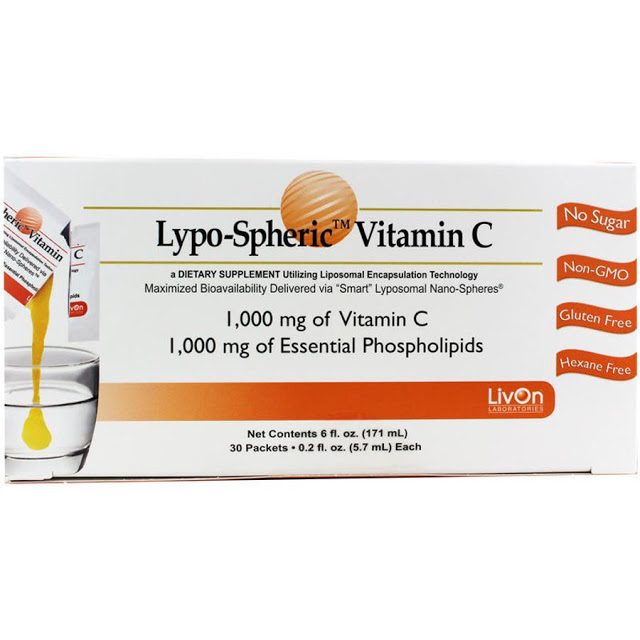 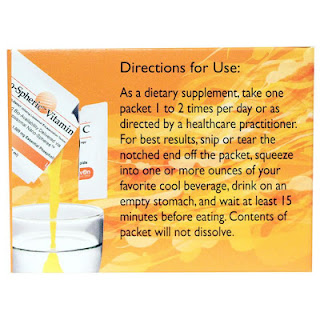