That’s right. Just 15 of the worlds largest ships pump out as much pollution as every car on earth (760 million cars). The reason is that these ships burn enormous amounts of very very dirty fuel. But damage doesn’t stop there, pollution from the worlds 90,000 ships cause 60,000 deaths worldwide each year, and cost Americans 330 billion dollars a year in health care costs. Which is why the Obama administrations EPA is setting up a 230 mile buffer zone around the US, with Canada expected to follow, that would keep this pollution farther out to sea where it will do less damage to humans (it will still be in the air, and in the water, but will affect our breathing less). The US Environmental Protection Agency estimates the buffer zone, which could be in place by next year, will save more than 8,000 lives a year with new air quality standards cutting sulfur in fuel by 98%, particulate matter by 85% and nitrogen oxide emissions by 80%.(via)

Shipping by numbers
The world’s biggest container ships have 109,000 horsepower engines which weigh 2,300 tons.
Each ship expects to operate 24hrs a day for about 280 days a year
There are 90,000 ocean-going cargo ships
Shipping is responsible for 18-30% of all the world’s nitrogen oxide (NOx) pollution and 9% of the global sulphur oxide (SOx) pollution.
One large ship can generate about 5,000 tonnes of sulphur oxide (SOx) pollution in a year
70% of all ship emissions are within 400km of land.
85% of all ship pollution is in the northern hemisphere.
Shipping is responsible for 3.5% to 4% of all climate change emissions(via)

I highly suggest you read the rest of this article from the guardian, as it lays out in grim detail how the shipping industry has resisted cleaning up its act. While the worlds governments have been hard at work cleaning up land based transport the shipping industry continues to be one of the largest and dirtiest polluters in the world.
But this fact brings up a larger point. The Republicans streaming into office are talking about removing the EPA’s ability to regulate pollution (mostly because they don’t believe in global warming). I think we have to remember that the EPA saves lives. Our lives. Every day. Pollution kills people, rivers used to catch fire in this country because they were so polluted (in fact the fire on the Cuyahoga was what spurred the creation of the EPA in the first place). The EPA is not just a big government nanny, they are the people that make sure you don’t eat lead, or breath toxins. Without their vigilance you would still be absorbing lead from paint and gasoline, our trees would still be dying from acid rain, schools were filled with asbestos, the ozone hole would still be growing, and now the new batch of republicans want to dismantle what could be argued is one of the most important features of our government. The EPA is our last line of defense in this country against the harm of global warming and pollution (it also saves us a lot of money). With the Senate in gridlock, the house soon to be filled with climate deniers, and the presidents hands tied by this, the EPA is the only country wide agency left that can regulate green house gasses and stop pollution from making you sick (or killing you). If the EPA is stripped of its power buy a bunch of politicians who care more about big industry donors than they do about you, we will be down to a state by state fight to limit pollution. Because pollution knows no state boundaries, this would be a dire situation.
Do we really want to become a country full of filth, do we really want to have our citizens being killed by completely preventable illness, do we really want to go back to the bad old days? I don’t think so.
The EPA has a wonderful track record of making this country better, cleaner, and safer. If you agree Contact your representative and tell them you want them to keep the EPA strong.
http://blog.thesietch.org/2010/11/29/15-of-the-worlds-largest-ships-account-for-as-much-pollution-as-every-car-on-earth/ 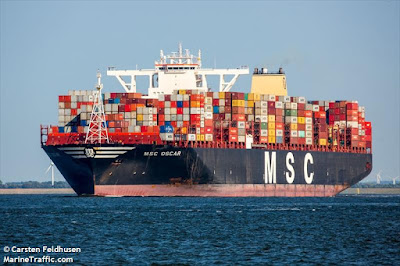 Kohteen lähettäminen sähköpostitseBlogThis!Jaa TwitteriinJaa FacebookiinJaa Pinterestiin
Tunnisteet: 15 OF THE WORLDS LARGEST SHIPS ACCOUNT FOR AS MUCH POLLUTION AS EVERY CAR ON EARTH