Led by the nose – New dangers of the flu vaccine

About the author: Celeste McGovern 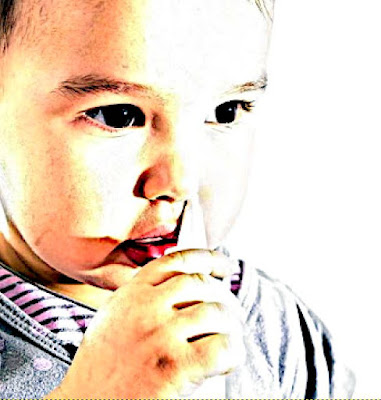 Flu vaccination season began this autumn and is still in full swing. Medical practices even close on selected days so that the only patients are there to get their vaccines. Public-health information packets are sent out to parents, while legions of nurses descend on nurseries and schools, where children line up for the flu ‘jab’—in fact, a squirt up the nose.
Public-health officials and doctors’ offices are promoting the nasal flu vaccine, called Fluenz Tetra, as the first choice for all children aged between two and 17 years. One National Health Service (NHS) trust has even produced a ‘Flu Hero’ cartoon for children, featuring a little boy who gets a nasal flu vaccine from a superhero and, like the bite of a radioactive spider, is himself transformed into a superhero with super defences.


But in the US, the Centers for Disease Control and Prevention (CDC) suddenly pulled the nasal flu vaccine FluMist, made by the same pharmaceutical company as Fluenz Tetra (AstraZeneca), out of circulation this year. Last year, millions of parents were assured it was “safe and effective”, but this year, no nasal flu vaccine is on offer in
the States.
The reason given by the CDC is that the nasal flu vaccine is not so effective after all. In fact, last year’s FluMist proved to be only 3 per cent effective. “This 3 percent estimate means no protective benefit could be measured,” the CDC press release stated, while adding that the vaccine had not been statistically effective for three years running.1
AstraZeneca’s response is that the company’s own research data, as well as that of other health agencies, differ from the CDC’s, so the “distribution and use of the vaccine in other countries are progressing as planned”.2
Still, flu vaccines are notoriously hit and miss—the 2015 influenza vaccine was widely panned for being only 23 per cent effective. Flu viruses change every year and health officials admit that each year’s vaccines are designed to target the ‘best-guess’ four of the dozens of strains of flu viruses that float about during every flu season.
Even when there is a good match between the strains targeted by the vaccine and those that are circulating, the CDC admits that vaccines are typically only 50–60 per cent effective.3 But while we know the nasal flu vaccine doesn’t work, are there also reasons to question its safety?
Live viruses
Public-health officials dismiss the idea that you can get flu from the flu vaccine as ‘myth’. Yet it’s little wonder that there’s such a myth though, as the side-effects of the vaccine are identical to the symptoms of flu: a runny or stuffy nose, headaches and muscle aches, sore throat, loss of appetite, chills and fever, and earache. It’s not influenza, we’re assured, it just feels like it.
The nasal vaccine contains live viruses, but its promotional material says they are “attenuated”—disabled and harmless in themselves, but still able to stimulate our immune system to fight off the flu bug when it’s encountered.
According to the UK’s electronic Medicines Compendium (eMC; www.medicines.org.uk), each vial of Fluenz Tetra vaccine spray contains 107—that’s 10 million—live attenuated and “genetically modified organisms” of each of the four strains per nostril. That’s 80 million viruses (give or take a few million) per dose specially designed to grow and replicate inside the nasal passages.


To put this number in perspective, when Virginia Tech scientists measured the number of airborne viruses in air samples from airplane cabins, doctors’ offices and day-care centres, they found an average concentration of 16,000 viruses suspended in each cubic metre of air—enough to infect anyone inhaling the air within an hour.4 The nasal flu vaccine would instantly expose your nasal passages to thousands of times
this concentration.
The vaccine’s engineered viruses include H1N1 (swine flu), which is dangerous because it can lead to encephalitis, or swelling of the brain, that, while rare, can lead to disability or even kill, just like the rare worst-case flu. It can also cross the blood–brain barrier and lead to long-term brain inflammation.