Parliamentary Elections, 14 April 2019
Following an invitation from the Permanent Delegation of Finland to the OSCE to observe the 14 April 2019 parliamentary elections and in accordance with its mandate, the OSCE Office for Democratic Institutions and Human Rights (ODIHR) undertook a Needs Assessment Mission (NAM) from 23 to 25 January.

Publisher: Organization for Security and Co-operation in Europe
Date: 18 February 2019

The views, opinions, conclusions and other information expressed in this document are not given nor necessarily endorsed by the Organization for Security and Co-operation in Europe (OSCE) unless the OSCE is explicitly defined as the Author of this document. 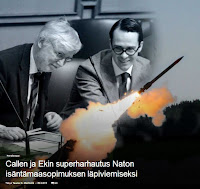 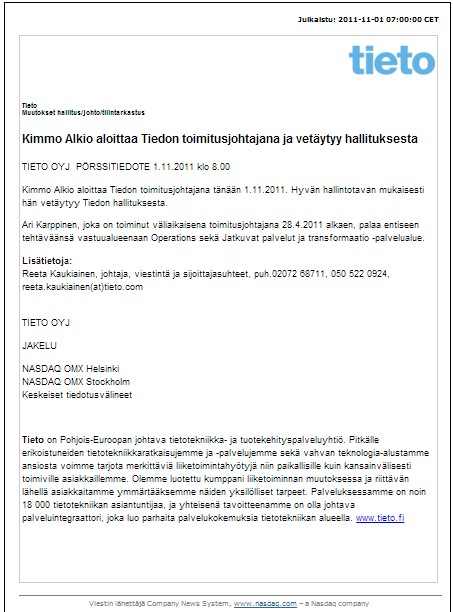 
Date of change in holding: 23 October, 2007 3. Portion of the shares and votes: The current combined holding in TietoEnator Corporation of Goldman Sachs Group is 7 739 534 shares, which represents 10.46% of the share capital and voting rights.

The holding is divided between the following entities as follows:

For the first time in Finland, three Finnish municipalities have successfully carried out their local elections using Internet voting from polling stations from October 15 through 26. Scytl’s Pnyx.core was the core security engine of the Internet voting solution which was customized by the leading Finnish IT company TietoEnator with a voting interface designed by the Finnish Ministry of Justice. Finnish voters were given the choice to vote over the Internet or use traditional paper ballots and over 60% of them chose to cast their votes over the Internet.

Investors
Over the past years, Scytl has built a strong financial reputation thanks to a substantial growth rate ranging from 65% to 70% per year and the support of leading financial investors: Balderton Capital, Nauta Capital, Spinnaker Invest, Vulcan Capital, Sapphire Ventures, Industry Ventures and Adams Street Partners.https://www.scytl.com/en/investors/

Who owns Scytl?
George Soros isn’t in the voting machines, but the intelligence community is

Editor’s Note: This is the first in a series of investigative articles documenting who owns the electronic hardware and software used in the U.S. voting process. Our goal is simple: To reveal the man behind the curtain and expose the vulnerability of non-transparent, faith-based voting. ~ Bob Fitrakis, Editor.

Various far-right conspiracy researchers have been alleging for some months that George Soros somehow secretly will control the outcome of the 2012 Presidential election. The Free Press's exhaustive research can find not a single tangible link between George Soros and any manufacturer of voting equipment. Our research did find links much more frightening.

The Free Press widely reported the various dirty tricks employed by Karl Rove and company to apparently outright steal the election for George W. Bush in Ohio, and thus the nation, in 2004. Since then, a witness in our case has died in a mysterious plane crash, and all the players in the DRE (Direct Reporting Electronic) voting machine game have shifted seats in a gigantic game of musical chairs.

The Soros Allegations revolve around the entry of Barcelona based Scytl into the US elections market. Scytl was formed as a start up out of the Autonomous University of Barcelona to leverage existing concepts in modern cryptography (public key cryptography, digital signatures and zero-knowledge proofs) to ensure a secure and verifiable voting system in paperless remote environments including the internet and over wireless carriers. Scytl's scheme is intended to provide the voter with both privacy and verification that their vote was recorded as intended.
Scytl's start up funding comes from three European venture capital firms, Balderton Capital, Nauta Capital, and Spinnaker SCR (a subsidiary of Riva y Garcia, which is described as an independent financial group). None of these are connected to George Soros. Balderton Capital is the London based spinoff of Benchmark Capital Investments which has no overtly political connections that our research could determine at this time. Nauta Capital and Spinnaker SCR are a different matter.

Two of the principals, Jordi Vinas and Charles Ferrar Roqueta, also have board positions at Spinnaker SCR and/or Riva y Garcia, keeping this coterie's control of Scytl very close. All of Nauta's partners have a strong background in the telecommunications business. In 2010, Scytl purchased a 100% interest in SOE software, an up and coming player in the American elections market with their Clarity Software Suite which is used in 525 jurisdictions in 19 states.

SOE has a strategic partnership with ES & S, the major marketer of electronic voting systems in the US. ES & S was sued by the US DOJ in 2009 on anti-trust grounds after purchasing Diebold's elections division, Premier Election Solutions. ES & S subsequently sold Premier to rival manufacturer Dominion. Bob Urosevich, founder of ES & S, was also President of Diebold. In 2006 Urosevich was listed as managing director of Scytl Americas, although his name has subsequently been removed from their website.

Booz Allen Hamilton is majority owned by the Bush family friendly firm Carlyle Group. A long time government contractor, Booz Allen’s current and former management team has included some of the leading lights of the intelligence community such as:

Booz Allen was heavily involved as a sub-contractor in Projects TrailBlazer and PioneerGroundbreaker, which were NSA warrantless wiretap programs that spied on US Citizens in the wake of 9/11. These programs, along with Echelon, Carnivore, Thinthread and StellarWind were designed as an end run around FISA (Foreign Intelligence Surveillance Act) and the 4th amendment. The programs relied heavily on cooperation from private industry, including most telecom and wireless providers, a community where Endicott has vast experience having “worked with nearly all American mobile operators and is a well-known expert in wireless industry in USA,” according to Nauta's website.

Booz Allen also has a finger in the electronic voting industry, being the providers of the first DRE voting scheme for use by overseas voters in 2000. In the end, the $6.2 million program allowed 84 service members to vote.
Booz Allen applied for and was granted a US patent (7,729,991 applied for 3/20/01 granted 6/1/10) for another electronic voting system and voter registration system over a network. This system bears a passing similarity to Scytl's scheme, although without the verification of voter intent by the voter.

Endicott's board tenure at CarrierIQ is also not without controversy around privacy concerns. Researcher Trevor Eckhart discovered in November of 2011 that CarrierIQ's software, installed on smartphones made by Apple, HTC, NEC and Samsung and used by the carriers AT&T, Sprint and T-Mobile, logs the location, phones call times and destination (pen-register), texts, internet searches and keystrokes for the mobile service provider without end user knowledge or opt-in, possibly in violation of the Electronic Communications Privacy Act.

The FBI denied a FOIA request for training manuals and documents relating to CarrierIQ's software on the basis of a pending law enforcement proceeding. The FBI could make this claim this if it is using CarrierIQ for domestic surveillance of American citizens.

Scytl's allegedly secure voting method would be completely undermined by CarrierIQ's software. Interestingly Scytl seems to be set to market and deploy mobile phone voting applications for iPhone and Android in the 2014 election cycle. Scytl's end user verification of voter intent is completely useless in conjunction with all DRE voting machines currently in use. With direct internet and wireless reporting, targeted man-in-the-middle attacks against certain precincts could tip election results without leaving the evidence traces of 2004 which allowed the Free Press to raise serious questions as to whether the United States of America was subjected to its second coup in as many elections. 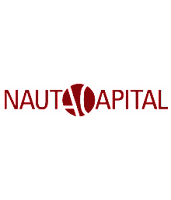 Nauta Capital, founded in 2004, is a Venture Capital firm specilized in early stage technology companies. Investment targets are companies mainly in 3 verticals: Mobility/wireless, Enterprise software/security, and ecommerce/Internet, have strong growth potential and a vocation to develop international markets. Nauta has $230 million under management and invests in Western Europe and the USA. Nauta invests mainly in seed, series A and B compnies, and up to $10M over the whole life of a company. Nauta has offices in Barcelona (Spain), Boston, MA (USA), and London (UK).
www.nautacapital.com
____

Scytl, the foreign-headquartered company that recently purchased the leading U.S. electronic voting firm, wants the public to know it can be trusted in the election process.