In the medical community, chronic pain has become a major epidemic, and is thought to afflict many tens of millions of people worldwide. Pharmaceutical companies have been swift in their response to treating these patients, and their resulting products have netted multiple billions of dollars in revenue. Oxycontin, a narcotic produced by Purdue Pharma, stands as the poster pill for the severe pain-relief industry. While the drug has certainly assisted many in regaining a much-improved quality of life and daily function, it has also fostered a frightening new frontier in addiction. OxyContin: Time Bomb, a Canadian-produced documentary from CBC News, explores the origins of this troubling phenomenon, and searches for solutions amidst a crisis which shows no signs of slowing.


The success of the drug, and the unrivaled growth of the pain management and relief industry in general, emanates from an aggressive and hugely successful marketing campaign. Derived from opium, Purdue Pharma billed Oxycontin as a safe narcotic due to its slow release within the system, and downplayed its risks for endearing dependency amongst its users, particularly in comparison to its counterpart prescription drug Percocet. In what has become a disturbingly common practice within the medical industry, Purdue Pharma allied itself within the global community of doctors, and persuaded them that Oxycontin was the most reliable and effective remedy for patients dealing with chronic and severe pain. In effect, many of these doctors have become spokespeople for the pharmaceutical companies, and have often enjoyed large payments in exchange for advocating the drug in public forums. 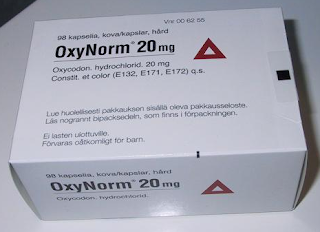 What appeared at first glance to be an overwhelmingly positive development for all involved soon began to show signs of crippling dependency and withdrawal symptoms, alarmingly high rates of overdoses, and unprecedented recreational abuse. According to the film, this epidemic of addiction continues its insidious spread thanks to the mainstream legitimacy of the drug, coupled with the increasing permissiveness of the medical community itself.

OxyContin: Time Bomb urges that change must come from within. Doctors must live by their mantra - first do no harm - and be more proactive in utilizing alternative means of pain treatment without the reliance on powerful narcotics.