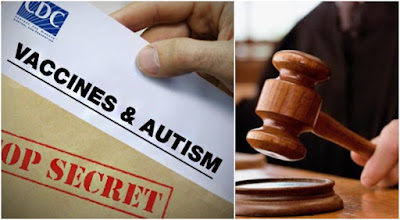 It has been more than five months since an Italian court in Milan awarded compensation to the family of a young boy who developed autism from a six-in-one hexavalent vaccine manufactured by corrupt British drug giant GlaxoSmithKline(GSK), and the U.S. media is still nowhere to be found in reporting on this breakthrough ruling.
On September 24, 2014, Italy’s version of the National Vaccine Injury Compensation Program agreed that GSK’s “INFANRIX Hexa” vaccine for polio, diphtheria, tetanus, hepatitis B, pertussis and haemophilus influenza type B induced permanent autism and brain damage in the previously healthy child, whose name has been kept private for safety.
The vaccine, which contains multiple antigens, thimerosal (mercury), multiple forms of aluminum, formaldehyde, recombinant (genetically modified) viral components and various chemical preservatives,[PDF] demonstrably caused the young boy to regress into autism shortly after he received all three doses of the vaccine, prompting his family to petition the case before Italy’s Ministry of Health.
When the Ministry rejected it, the family proceeded to file a lawsuit, which is no longer an option in the U.S. thanks to a Supreme Court ruling that exempts drug companies from legal liability when their products harm, permanently disfigure or kill people.
After listening to expert medical testimony, the Italian court remarkably concluded that the boy suffered permanent harm as a result of the vaccine, and particularly its neurotoxic mercury and aluminum components.

Also presented as evidence was a 1,271-page confidential GSK report revealing that the drug giant knew full well from human clinical trials that INFANRIX Hexa causes autism, but the company chose to release the vaccine anyway. At least five known cases of autism arising from the jab are listed in the report on page 626, in fact:

The ruling by the court, which is now being challenged by the Ministry of Health, comes upon the heels of an earlier one from 2012. Judge Lucio Ardigo found that the popular measles, mumps and rubella vaccine, also known as MMR, caused another child’s autism. A 15-month-old boy who previously had no health conditions suddenly developed severe bowel and eating problems after getting the MMR vaccine. He was later diagnosed with autism.
The court found that the boy had “been damaged by irreversible complications due to vaccination (with trivalent MMR),” read the official court documents, according to Age of Autism.
“There is a desperate need for more science on autism and the role that vaccines play, flimsy industry, medical and government retorts to the contrary notwithstanding,” wrote Mary S. Holland for the health news and information site.